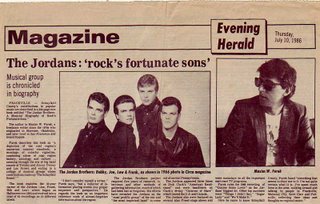 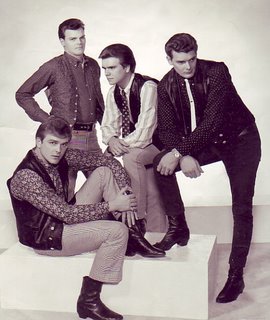 Yes, my father was once famous….well at least in my part of the country!
He and his brothers formed a band called
“The Jordan Brothers” at very young age, JUST
LIKE Jacksons, Osmonds, etc. Anyway, they wrote
songs in the 60’s, appeared on “The Pier,” in
Atlantic City, “The Ed Hurst Show,” met famous
people on the way and were on the charts across US!
The draft in the military caused them to miss their call! 🙁
They are STILL famous in my area of PA!
My father died in 93, and I miss my best friend!!!
Here are some photos!!!
I always thought my father (Bob), (one standing on right in photo), had a Chris Reeve’s look to him and my Uncle Joe, who is 3rd on paper photo (mistake on the order of names) had a Redford look!